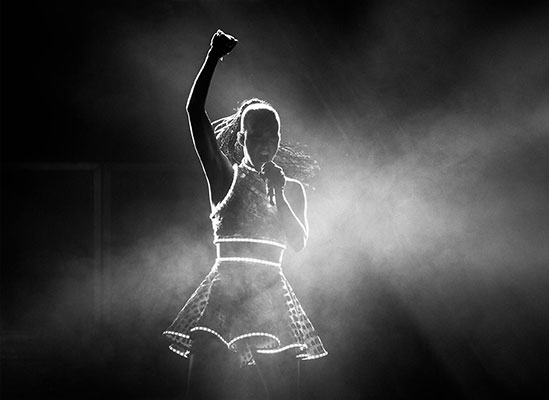 An intellectual property battle between an Australian fashion designer and a global pop star has made headlines this week. At the crux of it all is the timeless question that Romeo sung out to Juliet as he serenaded her in fair Verona: What’s in a name?

Katie Perry, an Australian fashion designer has sold clothing under her maiden name ‘KATIE PERRY’ in Australia since 2006. In September 2008, she applied to register this name as a trade mark for clothing.

Katy Perry, the global pop star, adopted the stage name ‘KATY PERRY’ in 2004 (fun fact – the singer’s real name is Katheryn Elizabeth Hudson) but only became known in Australia when she released her hit single ‘I Kissed a Girl’ in mid 2008.

Background To The Battle

Part 1: Katy Perry (pop star) tries to oppose Katie Perry’s (designer) trade mark application
Once a trade mark application is filed, there is a short window of time during which the application can be opposed by third parties. Pop star Katy missed the official window to oppose the registration of designer Katie’s trade mark and sought an extension of time to do so. This led to discussions between the two about their shared name and designer Katie’s trade mark, and pop star Katy ultimately withdrew her extension of time request. No settlement documents were ever signed.

Designer Katie has brought trade mark infringement proceedings against pop star Katy in relation to her sale of clothing branded with ‘KATY PERRY’ in Australia.

Here, pop star Katy is using KATY PERRY, which is substantially identical to KATIE PERRY, on clothing, which is what designer Katie has a registered trade mark for.

Pop star Katy has defended the infringement allegations and cross claimed that designer Katie’s trade mark registration should be cancelled.

Defence
Under section 120 of the Trade Marks Act, a person will not be taken to have infringed the trade mark if they establish that using it as they did is not likely to deceive or cause confusion.

Pop star Katy’s first argument therefore seems to be that her use of KATY PERRY on clothing is unlikely to deceive or confuse Australian consumers, presumably on the basis that she holds a major reputation in Australia and that some of the clothing sold was merchandise associated with her Australian tours.

Additionally, under section 122, a person does not infringe a registered trade mark in circumstances where they are using their name in good faith. This is pop star Katy’s second argument.

Cross claim
Pop star Katy is arguing that designer Katie’s trade mark was invalidly registered because KATY PERRY had acquired a reputation in Australia before September 2008 when the KATIE PERRY trade mark was applied for.

There are a number of factors that are likely to come into consideration in this case, including but not limited to the timelines of the trade mark applications, the reputation of both parties, the use of names as trade marks as well as who knew about who (and when).

Who got there first?
Designer Katie had already been trading under the KATIE PERRY brand for almost 2 years by the time she filed the trade mark application. However, just 2 months before the application was filed, pop star Katy rose to fame very quickly in Australia when ‘I Kissed a Girl’ hit the charts and spent 6 weeks at number 1.

July to September of 2008 is a small window of time and it’s extremely rare that someone can establish that quickly the requisite reputation to cancel registration of a trade mark. However, this might be the perfect example of where it is actually possible.

The success of ‘I Kissed a Girl’ and the instant celebrity status it gave pop star Katy may mean that she did have a sufficient reputation in her stage name by the time designer Katie filed her application. It is therefore possible that Australian consumers would be confused whether designer Katie’s clothes were in some way connected with pop star Katy (something designer Katie admitted to on Sydney radio in 2013!).

While designer Katie probably had a reputation too by virtue of her 2 years of trade, it arguably wouldn’t be to the same extent as pop star Katy’s reputation.

On this point, it is worth noting that the clothing that pop star Katy sold under the name ‘KATY PERRY’ wasn’t just concert merchandise – she also had clothing lines being sold in major Australian retailers, such as Target and Myer.

Pop star Katy Perry knew about designer Katie Perry
As we’ve noted, the Trade Marks Act provides that a person does not infringe a registered trade mark if they use (in good faith) their own name. The fact that pop star Katy was aware of designer Katie and the KATIE PERRY trade mark back in 2009 and ultimately amended her trade mark application to remove ‘apparel’ doesn’t help her good faith argument.

– Trade marking names is always going to be difficult. Therefore, the more unique your brand, the better. An exception might be if you have a really unique name – for example, X Æ A-12 a la Elon Musk’s son!

-When you apply for a trade mark, you should always apply for all goods and services you’re interested in using the trade mark for.

-If you find yourself in an opposition dispute at the application stage, always get any agreements reached in writing.

If you have any questions related to IP Law, or would like our help on a matter please contact us through our online form or via email at hello@studiolegal.com.au.